P2E games have recently become extremely popular, attracting a large number of gamers to participate. For gamers, this is how their passion can still bring value to them, which traditional games are challenging to achieve. Blockchain Gaming is a lucrative opportunity for investors for X2, even X10 their investment, and above all, its long-term potential will create an unpredictable explosive. Following the market trends, we are bringing to you a new game that operates on Binance Smart Chain and Polygon with excellent growth potential, which is Step Hero.

The StepHero ecosystem is the perfect combination of NFT gaming and DeFi that allow users to entertain and profit simultaneously, including Step Hero RPG game, Heroes Farming, and NFT Marketplace. Besides, StepHero also has a strong community helping players invest in activities to earn money from the game with friends or partners.

Play to earn is not a new form of gaming. It appeared a long time ago with the advent of games. But most of what players earn is limited by the game’s scope, not having much real-life value. Today, thanks to the development of NFT, technology has turned game items into valuable things. This has revolutionized the gaming market, making games more interesting, engaging, profitable, and meaningful for players.

Therefore the game sector is a very fast-growing market in the blockchain industry, especially with the increasing popularity of NFT. This market is expected to have great developments in the long term, not just instantaneously.

The story of Step Hero is rooted in the biblical myth of the war between the Archangel Gabriel and the Fallen Angel Lucifer. This religious story must be familiar to many people. In the game, the player takes on the role of a commoner who is lucky enough to have a piece of the God’s Jewel, which can destroy Lucifer. Under the guidance of Archangel Gabriel, players will embark on the journey of a Hero, collecting shards of the God’s Jewel to stop the evil plots of the main villain.

In order to begin your journey in Step Hero, you must purchase characters from either HERO stores or marketplaces. Before each battle, you can select your favorite characters to form a team. Heroes will constantly be upgraded in their power by completing tasks, winning PvP battles, and applying in-game items. Like traditional games, each player can use an equal number of Heroes in the battle; the minimum is 1, recommend 3 or 5.

There are two main modes of battle, including Full Auto combat and Manual combat:

For Full Auto combat mode, no one can interfere with the match, and everything operates automatically. It will be helpful if you do not have much time to play.

For Manual combat mode, the player prepares weapons and additional items before the battle. The players can build their squad of Heroes, then find a match to choose someone to battle.

(Heroes can be upgraded through daily mission)

You can complete your daily missions to upgrade their strength, rank, and receive valuable items. 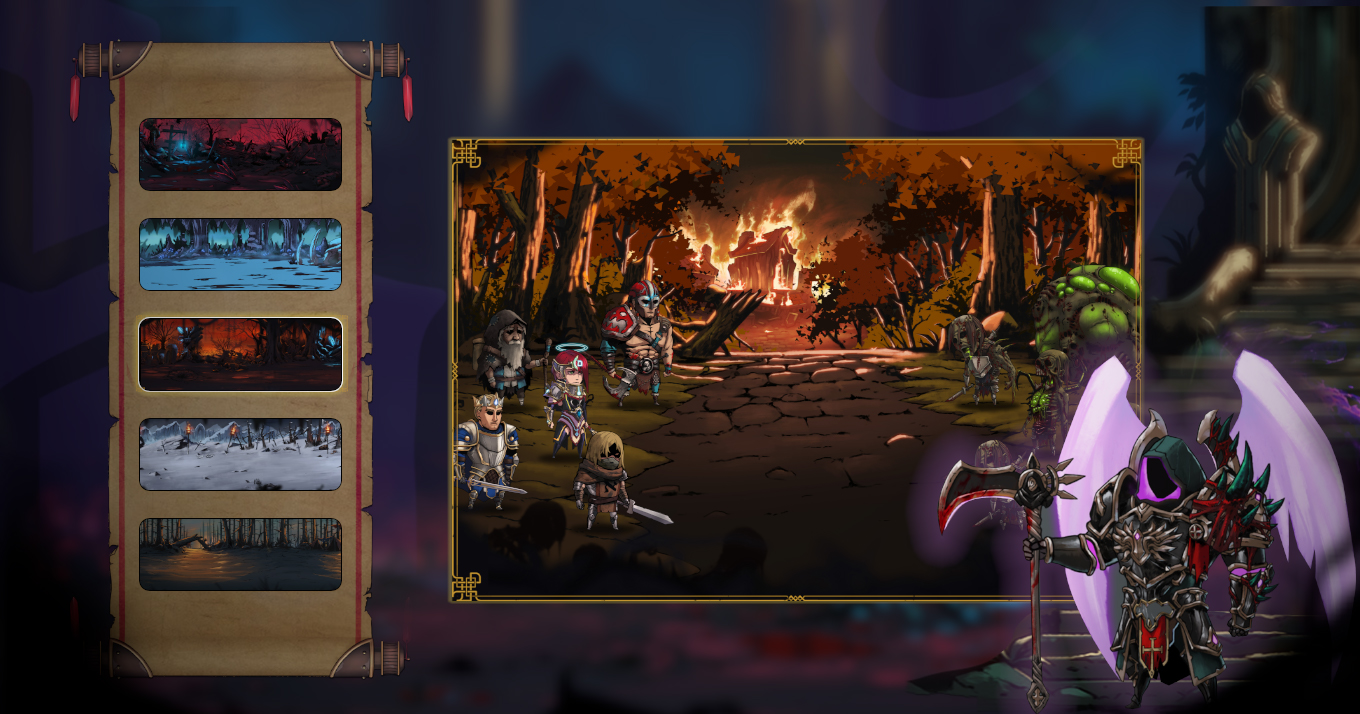 There are many maps with varying degrees of difficulty, and you can choose among the unlocked maps that match your Heroes level. In other words, the maps will reflect the player’s progress. 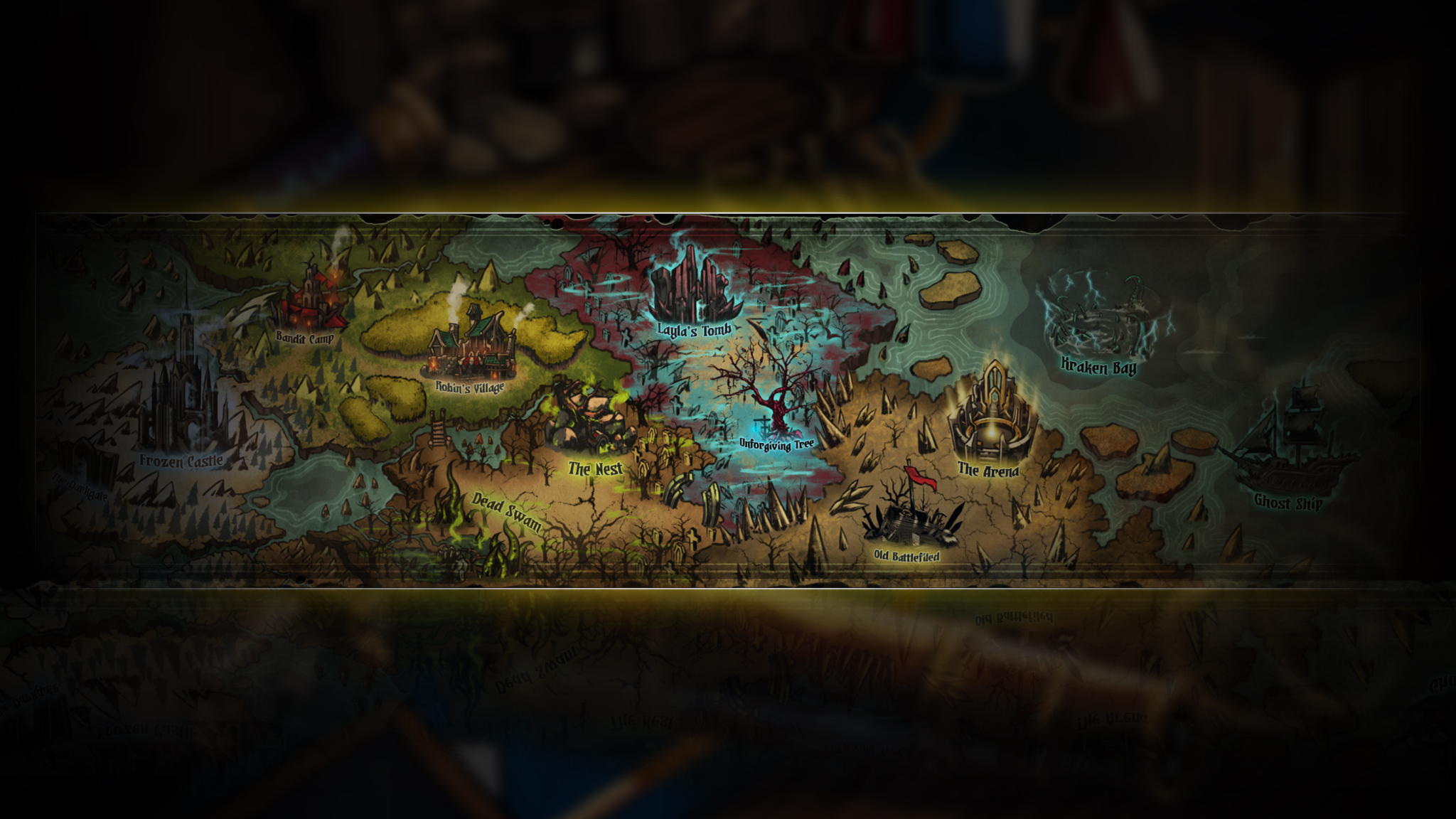 The World map is divided into various areas, including sub-maps corresponding to the levels you need to complete. Then you will have a boss-killing mission after 3 or 5 levels.

For the rewards, you can unlock heroes, weapons, or items after conquering an area.

Paper: Papers are publicly available and transparent. Details can be found at Welcome to Step Hero! – Step Hero

Github: Update regularly. You can check at Step Hero · GitHub

The product status: Currently still developing. You can read the roadmap below:

In general, Step Hero’s team has performed very well following the outlined roadmap. Almost all of the past milestones were completed on time with high efficiency, which shows the commitment and proficiency of the whole team. In this quarter, the most detailed information about the game and the finished product will be released, which can help the value of Step Hero pump probably. So if you are a $HERO holder, pay attention to this.

Like most other game projects, Step Hero also has two tokens in its ecosystem, including $HERO and $STEP

HERO Farming: Be used for farming Points that users can use for NFT redemption.

Payment: Be used as an in-game currency to make payments in Hero NFTs Marketplace along with other tokens

The use cases are updating more in the future.

According to the Release Schedule, there will be a large number of tokens unlocked and released in 2022. They will greatly affect the token price, you should consider whether to hold long-term or not, if you do not have confidence in the project and careful research.

Summon New Heroes: Perform the Summon Ritual to get a new HERO NFT.

Each character in the game (Heroes) is a limited NFT, classified by different Rarity and Elements. The rarer the items you own, the higher the profit from selling it.

Heroes are divided into two groups:

HERO: They are Common to Rare heroes. These items can be redeemed with the Reward Points generated from Heroes Farming.

HERO LP: They are Super Rare and Legendary heroes. These items can be redeemed with reward Points generated from Heroes LP Farming only.

As a plan, you can fight for your rank to be rewarded $HERO, and the rewards of each rank decrease from high to low. This mechanism is quite similar to the rankings in traditional games. 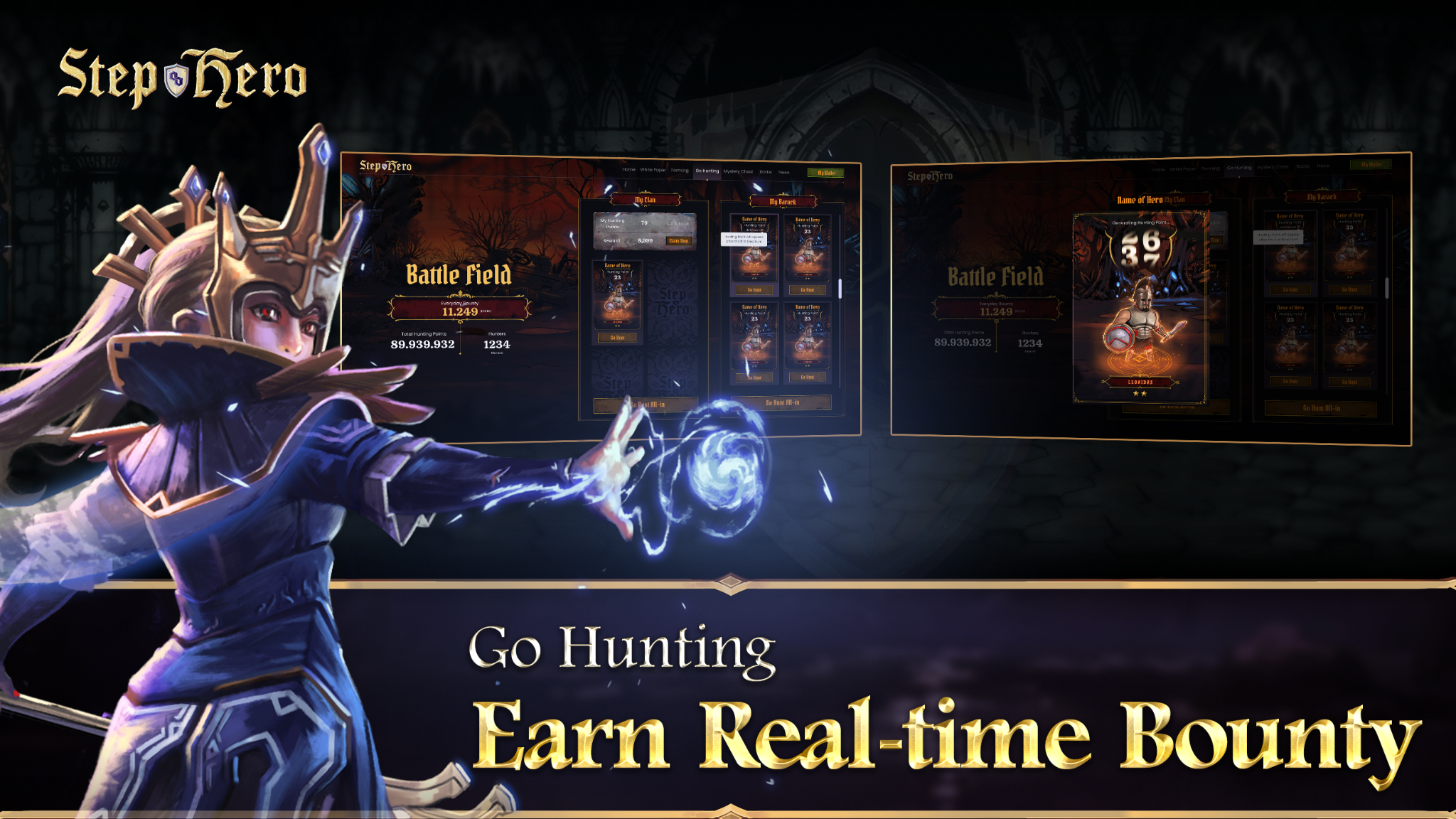 The feature is released on September 23rd, 2021, allows users to stake HERO NFTs to receive rewards in $STEP tokens. The higher the rarity of Heroes, the more skilled they are as Bounty Hunters.

There are some rules which you have to follow if you want to participate in this program. You can check them here: Bounty Hunting

Some outstanding features of Hero NFT Marketplace (HNM) are:

Simple NFT Minting: Anyone can mint their NFTs in a few simple steps.

Anti-plagiary Mechanisms: When the newly formed NFT is sold for the first time in the HNM, the platform will charge the creator a creation fee (initially set at 15%). They also have  a “report” function in case of copyright infringement.

Payment in Your Favorable Tokens: Besides $HERO, you can purchase in other tokens. The equivalent payment amount will be calculated automatically following exchange rates from external trading services (e.g., PancakeSwap).

NFT Auctions: You can launch NFT auctions in the marketplace to broadcast their NFTs to their overall potential customers and have higher chances to sell them at a higher price.

Medium: Step Hero – Regularly post updates on the progress of the project and guide to play the game.

In general, Step Hero has built a relatively large community as a premise for the project to grow stronger shortly. Excellent PR and Marketing are essential factors to a successful project, bring huge profits to investors in the short term, and take a competitive advantage against competitors in the same field.

The project has been invested and supported by many well-known Venture Capitals such as OKEx Blockdream Ventures from OKEx exchange, or Icetea Labs, a trusted incubator of blockchain businesses, advised Step Hero on strategic planning, fundraising, marketing, product development, and implementation.

Especially, Step Hero recently established a partnership with TK Ventures, a venture capital firm focusing exclusively on early-stage decentralized finance, NFT, and Web3 projects. Their mission is to become a great supporter of ambitious founders in blockchain who are building the foundation of the decentralized web. As a result, Step Hero can receive full marketing support from TK Venture’s homegrown media network with 250,000+ active members. 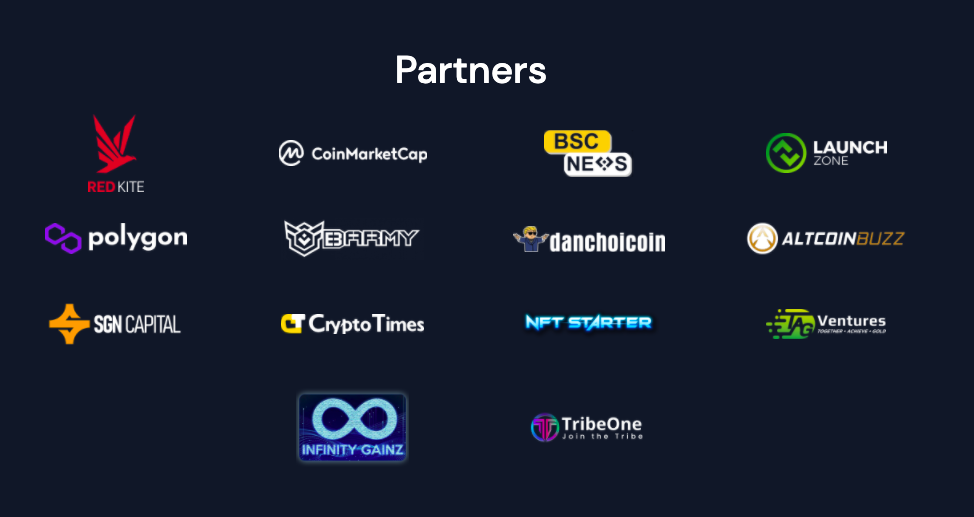 Step Hero is partnering with many notable projects on the market today, and most of them are DeFi projects. Understandably, Step Hero needs their help to improve the game’s payment, conversion, and financial process.

He is a tech-savvy entrepreneur with over ten years of e-commerce expertise. He is the founder and CEO of Ligovi Ecom and the former CMO of Phat Media. Gabriel can leverage his extensive experience in developing and running e-commerce platforms to develop Hero Marketplace.

He is the founder of sPhoton Technology and Deverion. Moreover, he is a veteran software developer who has achieved prestigious programming awards, such as 1st prize of MSP Vietnam’s hackathon 2016 & 2nd prize of Vietnam National Imagine Cup 2015.

She has 6 years of experience at high-profile businesses in Vietnam such as VidGo, Vingroup, Viettel Telecom and other Tech startups.

Mr. Thi has years of expertise in the blockchain space. Significantly, he founded PolkaFoundry in 2018 to make the benefits of blockchain more accessible to the general public.

He is Managing Partner at Master Ventures Polkadot VC Fund and a crypto thought leader with more than 200k followers on Twitter.

Even though Step Hero’s executive team is experienced in project management, they have not yet had any significant real-world experience related to blockchain or gaming. Hopefully, with the help of a group of experienced advisors, they will perform their abilities well.

Based on the above analysis, we can conclude that Step Hero will be one of the most notable projects in the late 2021 and early 2022 period. The project is not only exciting for investors, but also for experienced gamers thanks to the compelling storyline and valuable rewards. However, with the current explosion of DeFi game trends, players should consider carefully before participating to avoid losing money. Wish you happy gaming!

This deep dive is for informational purposes, not investment advice. Readers will be responsible for all their actions.

BSC DAILY is a private news network. All posts posted by this user belong 100% to bscdaily.com. All rights are reserved to BSC DAILY for more information about BSC DAILY contact BSC DAILY here.
www.bscdaily.com

BSC DAILY is a private news network. All posts posted by this user belong 100% to bscdaily.com. All rights are reserved to BSC DAILY for more information about BSC DAILY contact BSC DAILY here.